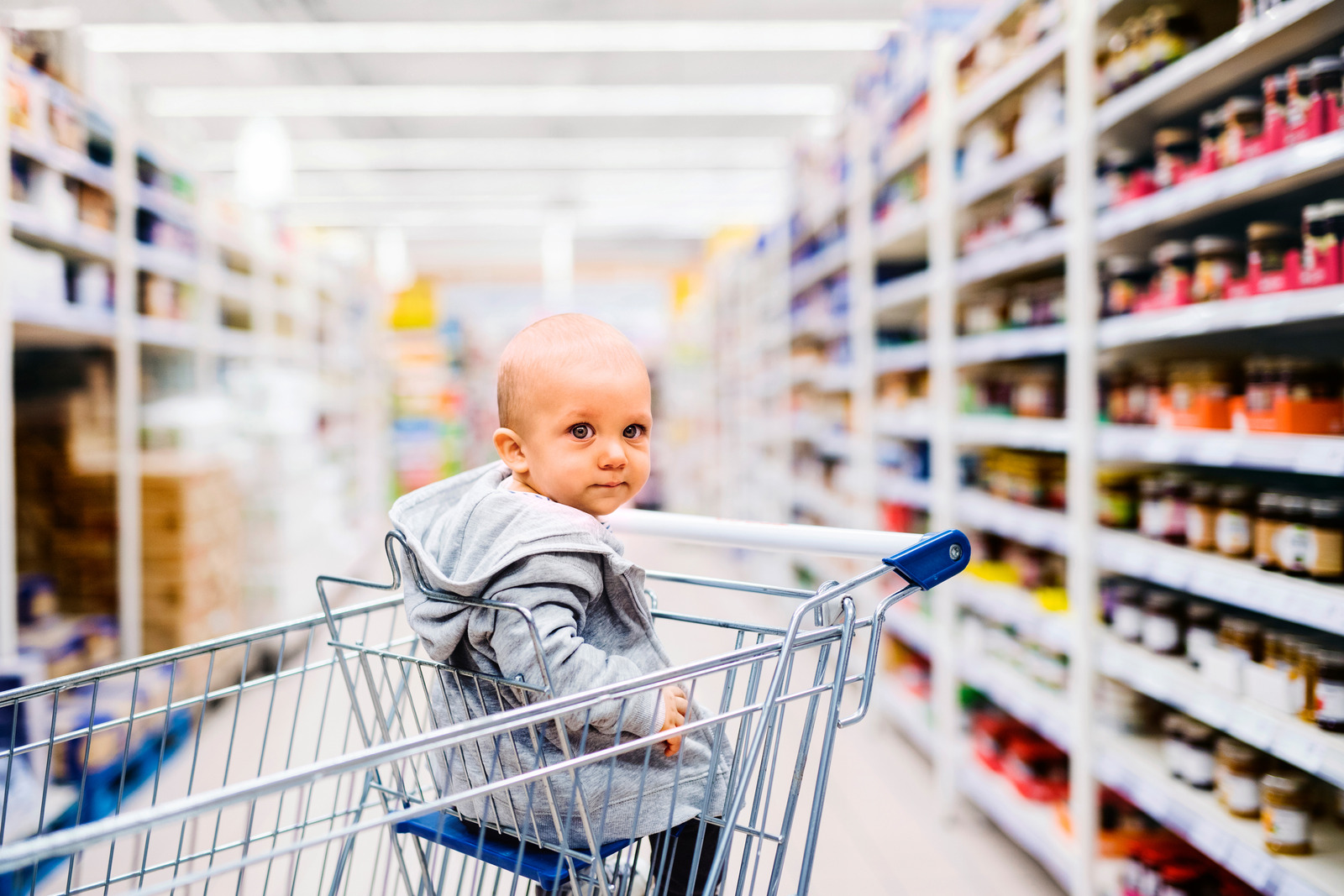 The United States Department of Agriculture (USDA) recently published three different rules cutting the Supplemental Nutrition Assistance Program (SNAP), which provides assistance to low-income households who struggle to put food on the table. The cuts are so deep that hundreds of thousands of Floridians are poised to be tossed off the program even though they continue to need help to feed their families.

The rules and their respective impacts on Floridians are easily confused, and for good reason. The three rules have many similarities. They are all designed to drastically cut SNAP participation and chip away at the flexibility that states have in administering the program. Further, Congress rejected the policies embodied in each of the rules when it enacted the 2018 Farm Bill, but USDA is pursuing those cuts anyway through administrative rulemaking.

Because USDA is juggling three balls to reduce SNAP, this comparison is intended to give a birds-eye view of the differences between the proposals, their statuses, and the impact each would have on households in Florida.

USDA’s ABAWD rule restricts the ability of states to waive the 3-month time limit in the SNAP program. This rule was finalized on December 5, 2019. The bulk of the rule will go into effect nationwide on April 1, 2020.

Under federal law, healthy adults without minor children (able-bodied adults without dependents, or ABAWDS, for short) are barred from receiving food assistance for more than three months every three years unless they are working or in a work program for at least 80 hours a month (“time limits”).

Because of the severity of the 3-month time limit, federal law allows states to ask USDA for a waiver of time limits in areas where there are not enough jobs. Until now, states have had flexibility to target waiver requests to geographical areas where jobs are scarce. The new rule changes the criteria under which waivers will be granted and restricts a state’s ability to waive time limits in areas where there are not enough jobs. For example, as finalized, the rule requires states to use historical unemployment data, instead of real-time data, which disregards the sudden localized impact of hurricanes, as well as widespread economic downturns, until many months later. The new rule also ignores the fact that unemployment rates, which affect the ability to find work, differ based on an ABAWD’s individual demographics, such as race and education.

When the ABAWD rule is rolled out nationwide, USDA estimates that 700,000 people across the country will lose food assistance.

The State of Florida beat USDA to the punch on this cut.  In 2015, the Florida Legislature passed a law that prohibits the Department of Children and Families (DCF) from asking for a SNAP time limits waiver absent legislative approval, regardless of how high local unemployment rates are.  The 2015 law imposed SNAP time limits statewide effective January 1, 2016, even in areas of the state where jobs are in short supply. Since the effective date of that law, Florida has not sought federal approval to waive time limits anywhere in the state, despite the fact that some areas of the state remained eligible for a waiver.

In the first year alone following implementation, roughly a half million Floridians were tossed off SNAP.  As it turned out, many of those lived in areas with high unemployment or had significant barriers to work, such as lack of transportation or health issues, but lost their benefits anyway.

Just because Florida is currently implementing statewide SNAP time limits does not mean that the Sunshine State is unaffected by USDA’s new ABAWD rule. Indeed, the impact of USDA’s rule will likely be felt in Florida sooner rather than later. DCF, when permitted to pursue waivers of SNAP time limits by the Legislature, will have less flexibility to obtain waivers during economic downturns in the immediate aftermath of a hurricane, much less during statewide recessions.

In addition, by considering overall unemployment rates instead of the unemployment rate for people with the demographic characteristics of ABAWD participants, USDA’s new rule will make it harder for Florida’s SNAP program to respond to the needs of people of color, who face unemployment rates as high as double that of other Floridians. It also adversely impacts Floridians without the education and training they need for jobs in today’s labor market. Although many ABAWDs already have the skills they need to be competitive in the workforce, 29 percent in Florida lack a high school diploma or GED, which decreases the likelihood of finding a job.

USDA’s Cat El rule would limit the flexibility of states to raise gross income limits up to 200 percent of poverty or ease resource limits in the SNAP program. USDA proposed this rule on July 24, 2019.  The period for submitting comments to USDA on the proposed rule closed on November 1, 2019. The rule is still being considered by USDA and has not been finalized.

Under current law, states have the option of permitting families who receive non-cash Temporary Assistance for Needy Families (TANF)-funded services to be broad-based categorically eligible for SNAP. This allows states to, in some situations, eliminate SNAP resource limits and raise the SNAP gross income limit up to 200 percent of the poverty level.  Without broad-based categorical eligibility, SNAP applicants would be subject to a gross income limit of 130 percent of the poverty level ($2,311/month for a family of three) and a resource limit that leaves families with little wiggle room in their budget in the event of an emergency.  Households with a family member who is elderly or has a disability would be ineligible if their resources reach $3,500.All other families would become ineligible when their resources reach $2,250.

Florida exercises the broad-based categorical eligibility option. The Sunshine State allows SNAP applicants to have gross income up to 200 percent of poverty and savings in the bank.

Under the proposed rule, roughly 3 million SNAP participants nationwide would be cut from the program even though they rely on food assistance to keep their heads above water.

In the Sunshine State, more than 328,000 Floridians would likely lose benefits. Working Floridians who are paid low wages, children, and seniors would be the hardest hit: although they meet the criteria for broad-based categorical eligibility now, these families have income between 130 and 200 percent of the poverty line or savings in the bank that would make them ineligible for SNAP under USDA’s new rule.

More than 90,000 families in Florida who work but rely SNAP to make ends meet would lose assistance. These are families for whom even a small increase in earnings will raise their household income above the 130 percent gross income test. When that happens, the family would lose SNAP and fall off the “benefits cliff,” even though the family’s income would not make up for their lost food assistance. As a result, with nothing more than a modest income bump, many families with low income would find themselves off SNAP and even more in the red each month than they were before the pay raise.

Of the 328,000 Floridians who would lose food assistance under this rule, roughly 200,000 are children. Many of these children come from working families in low-wage jobs who rely on SNAP to put food on the table. Although their parents won’t use SNAP for the long haul, their families need short-term help. Worst yet, the impact on children would be two-fold. Because children receiving SNAP automatically qualify for free school meals from the National School Lunch Program (NSLP), those 200,000 children would also lose their automatic eligibility for free school meals.  Some children may be able to re-qualify for NSLP free or reduced-price meals if they apply through the school’s normal application process. But once a child loses automatic eligibility, getting back on NSLP is far from seamless. As with many governmental programs,bureaucratic red tape is a hurdle that will inevitability trip up some families.

By reinstating SNAP resource limits, the proposal also would disproportionately impact seniors with fixed incomes who, over time, accumulate savings to weather everyday crises. In Florida, which contains more SNAP households with seniors than the nationwide average, 70,000 seniors would likely lose SNAP if USDA finalizes its rule to revise categorical eligibility.

USDA’s SUA rule would standardize the Standard Utility Allowance (SUA) in the SNAP program. This rule was proposed on October 3, 2019,and the period for submitting comments to USDA closed on December 2, 2019.  The rule is still being considered by USDA and has not been finalized.

In SNAP, an applicant’s utility costs affect the amount of benefits that their family receives. In calculating whether a SNAP applicant is income-eligible for SNAP, a deduction from income is allowed for utilities. To simplify this deduction, federal law allows states the flexibility to set a standard utility allowance in place of actual costs to reflect the costs of utilities in their individual states. USDA’s proposed SUA rule would make each state’s utility deduction a one-size-fits-all amount that applies to every state in the country.

Under the proposed rule, 19 percent of SNAP households nationwide would receive lower monthly SNAP benefits.USDA admits that the proposal would cut SNAP benefits by $4.5 billion over a five-year period.

Families in many states would lose SNAP under this rule. Florida,however, which currently sets the SUA at $361, stands to gain under USDA’ s proposal. USDA estimates that one-third of Florida’s SNAP caseload would experience an increase in benefits under the proposal. For Floridians, every additional dollar they receive in SNAP makes a difference. As it is, many families participating in SNAP turn to food banks and pantries to feed their children toward the end of the month after their SNAP assistance runs out.

SNAP is the most effective anti-hunger program in Florida. In addition to making the difference between families having enough to eat and going hungry, SNAP improves health and reduces poverty, all outcomes that are jeopardized by the cuts USDA has planned.

In addition, SNAP benefits, which are 100 percent federally funded, are a boon to Florida’s economy. Every month, the SNAP program infuses more than $300 million worth of SNAP benefits into communities across the state. And everydollar in SNAP spent in Florida results in $1.80 in total economic activity as a multiplier effect.

Although USDA’s new rules may result in short-term savings to the federal government, the increased long-term cost of these cuts to vulnerable families in need, their communities and the state of Florida as a whole is too high. Instead of punishing our friends and neighbors who have fallen on hard times, USDA should bolster the SNAP program by improving employment and training programs for those without skills for jobs that pay a living wage and increasing benefits to a level that ensures that families can afford a healthy diet for the entire month.

Gov's Veto a Starting Point for Discussion on Food Deserts

Gov's Veto a Starting Point for Discussion on Food Deserts