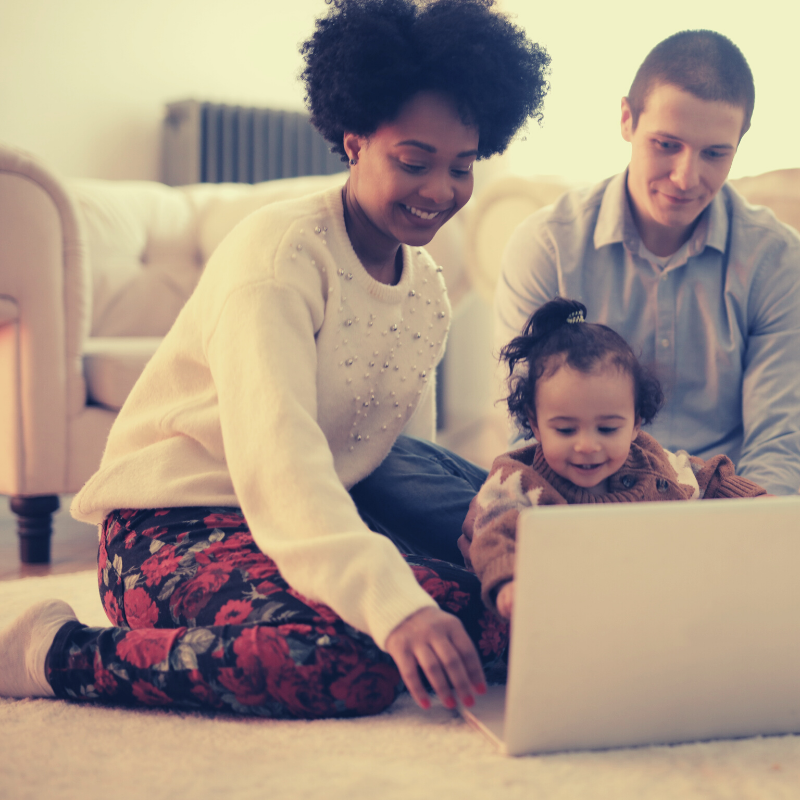 The Internal Revenue Service began accepting and processing tax returns on Friday, February 12, 2021. In just one week, the IRS received nearly 35 million individual tax returns, far outpacing the previous season. Amid a pandemic and an economic recession, any tax refund due, or stimulus-check money that someone may have missed last year, is extremely important.

Given the importance of tax filing this year, it is crucial to raise awareness about the Earned Income Tax Credit (EITC). Annually, the EITC provides a much-needed boost to working families earning low- to moderate-income. The credit also lifts almost 9 million people, including 5 million children, out of poverty nationwide.

Following mass layoffs due to COVID-19, which lowered earnings in 2020, millions of families risked losing out on their expected EITC this tax season. Fortunately, the federal COVID relief package passed in December 2020 included a “lookback” provision that allows tax filers to claim the EITC based on their 2019 earnings. Both the United Way of Florida and Florida Policy Institute pushed for this measure. It is a big win for working people.

Related to the EITC, the Senate passed a new relief package last week that includes an EITC expansion for adults without children in the home and a Child Tax Credit (CTC) expansion for one year. If enacted, these expansions will make a big difference for people bearing the brunt of the pandemic’s worst economic effects. Now, the House is taking the bill under consideration, and a final relief package will most likely reach the President’s desk by mid-March.

The Florida United Way network continues to make helping Florida’s Asset Limited, Income Constrained, Employed (‘ALICE’) families attain and maintain self-sufficiency a top priority. Once a year, families that fall within the ALICE threshold are given an opportunity to use their tax refund to help them on the road to financial stability and prosperity. The additional income, combined with financial education, can help ALICE families make good decisions about their refunds and help them save money year-round.

The EITC is one of the most practical aspects of our tax code. It is a tax credit for working people that can help them: pay bills, buy groceries, or make a down payment on a vehicle for work. In 2018, the EITC brought $5.37 billion back to almost 2.1 million Floridians, for an average EITC of $2,467. Giving working people this kind of credit makes sense, not just for them but also for our communities and our economy. When people spend the EITC, it also keeps businesses going. Yet the IRS estimates that $1.1 billion in annual tax credits go unclaimed.

The amount of EITC depends on a person’s income, marital status, and children. Working people receive the EITC beginning with their first dollar of earned income. The amount rises with earnings up to a maximum and then begins to phase out at higher income levels.

As mentioned, the Senate may vote this week to expand the EITC. Currently, workers without children miss out on the full benefits of the EITC. Not only are they integral members of our communities and local economies, but many of them are also frontline, essential workers. Unfortunately, since EITC laws largely exclude them, they are the only workers in our country who are sometimes taxed into poverty. As the Senate prepares to vote on a new relief bill, expanding the EITC to workers without children, including 1.3 million Floridians, is vital.

The House package also includes a proposal to make the full Child Tax Credit (CTC) available to families with very low earnings or those who lack earnings in a year. The bill would also increase the credit’s maximum amount to $3,000 per child and $3,600 for children under age 6 and would extend the credit to 17-year olds. These CTC proposed changes would lift 9.9 million children above or closer to the poverty line, including 698,000 children in Florida.

Is a State EITC on the Horizon?

The EITC’s effectiveness has not gone unnoticed by state policymakers. To date, 29 states plus the District of Columbia have enacted their versions — pegged at a percentage of the federal credit — to boost working families' incomes.

State EITCs also make state tax systems fairer, which Florida is in dire need of. Right now, the Sunshine State ranks 48th in the nation for tax fairness: Floridians with the lowest income pay the most in state and local taxes as a share of household income. In contrast, the wealthiest residents pay the least.

Several bills creating a state EITC in Florida were introduced in 2019 and 2020, but none made it to the floor for a vote.

Help Spread the Word on the Federal EITC

Families need every policy tool available right now to help make ends meet, yet 1-in-5 eligible families do not claim the EITC.

Let’s get the word out and make sure that residents know about this powerful tax credit. Then we need to get to work expanding the federal EITC and CTC and building momentum for a state EITC right here in the Sunshine State.

Rick Owen is president and CEO of United Way of Florida

Revamped P-EBT for School Children in Florida for 2020-21: FAQs

Revamped P-EBT for School Children in Florida for 2020-21: FAQs