Financial aid should be accessible by Florida's undocumented students

A financial aid equity bill was introduced in both the House and Senate (HB 923 / SB 300) for the 2021 Session; neither bill moved.

Financial aid equity will increase opportunity for all

Florida’s young immigrants who are undocumented face myriad barriers to higher education and economic prosperity. Also known as “Dreamers,” after the federal DREAM Act, these young people were brought to the U.S. through no fault of their own, and often do not remember living in any other country. They are American in every way, except on paper — they attend our schools, are valued community members, pay taxes and contribute to the economy. By one estimate, Dreamers who are enrolled in, or eligible for, the federal Deferred Action for Childhood Arrivals (DACA) program pay $78 million in state and local taxes in Florida annually.

States Can Lead the Way with Supportive Policies for Dreamers

While the federal DREAM Act and DACA may have been put on hold, these young people’s lives keep moving forward. State governments, industry, and universities are pushing to protect and support Dreamers. Despite recent harmful federal immigration policies and divisive rhetoric, many states continue to implement inclusive policies for immigrants that strengthen economies and communities. The Center on Budget and Policy Priorities recently released a report outlining four policies that states can pursue to help families and economies prosper; key among them is opening eligibility for in-state tuition and state financial aid to state residents without documentation.

Financial Barriers Remain for Dreamers Even With Tuition Equity

Texas has been leading the way for Dreamers to pursue college since 2001. In that year, then-Governor Rick Perry signed a law allowing Texas resident students without documentation to have access to both in-state tuition and state merit- and need-based financial aid. By 2016, Texas had 25,151 Dreamers taking advantage of in-state tuition, 1.5 percent of the student body, and 2,819 Dreamers receiving Texas financial aid, or less than 1 percent of the total receiving aid. By using the history of these policies in Texas as a guide, FPI estimates that offering financial aid eligibility to Dreamers in Florida would cost the state only $8.7 million a year.

Florida’s tuition equity law is necessary, but it’s not enough to build a plausible path to college completion for Florida’s Dreamers. Research has shown that access to financial aid increases aspirations, college-going rates, retention, and completion. Allowing Florida’s students, regardless of immigration status, to have access to state financial aid would improve completion rates for Florida residents overall and boost the skills and wages of the workforce. Creating a level playing field for our communities' Dreamers is the fair thing to do, and moves us forward on the road to shared prosperity. 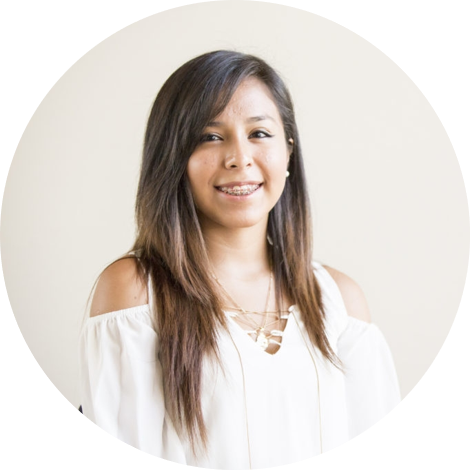 A star student navigates financial hurdles
Leslye Trujillo is a first-generation DACA student and recipient of a TheDream.US scholarship. She’s currently a junior at the University of Central Florida pursuing a degree in biomedical sciences.

"Being undocumented was something I did not fully understand until my eighth-grade year. In middle school, I was one of the few students chosen to receive the Take Stock in Children of Manatee County scholarship for my high academic standing and good conduct. When I asked my parents for my social security number in order to fill out the application requirements, they informed me of my status as an undocumented student. I was unable to complete the application — I was ineligible since I was not a U.S. citizen. My academic performance and good moral conduct were factors that no longer mattered. When I was a high school junior, I learned that I was ineligible for state aid, which included the Florida Bright Futures Scholarship program and FAFSA. (Eventually) I received more than five acceptance letters from Florida universities and was fortunate to receive some private scholarships from my local community. As my high school and technical college graduations approached in May, I received news that TheDream.Us had chosen me as a scholarship recipient, which would cover my tuition at the University of Central Florida. I was beyond excited and grateful to receive this scholarship since it gives students like me an opportunity to achieve their dreams regardless of citizenship status. Unfortunately, not everyone has this opportunity. Some students do not have the privilege to receive national or private scholarships or have DACA. Therefore, they lose the opportunity to achieve their dreams due to lack of financial aid and local support from their communities and state. DACA recipients are unable to get loans, which further limits our resources to pay for post-secondary education. Expanding financial aid to the undocumented community in Florida would help them apply for state aid programs such as Florida Bright Futures and the need-based Florida Student Assistance Grant Program." - Leslye Trujillo

Path to College Fraught with Roadblocks for Undocumented Students

'Those Immigrants…' and How We Change the Immigration Debate